False–Positive: How Your Home Pregnancy Test Can Trick You. 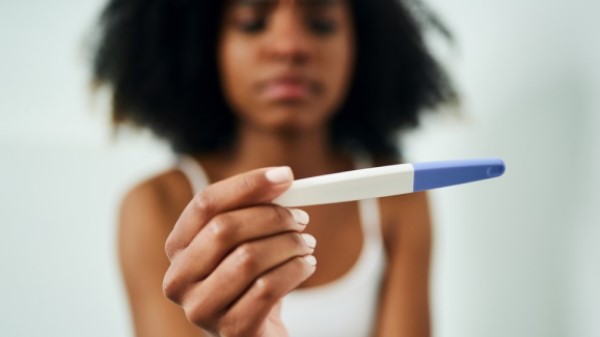 One of the most frustrating things for a woman who is actively trying to get pregnant is feeling pregnancy symptoms, using a home pregnancy test kit to confirm and getting a positive result, only to find out later that it is false.

This also applies to women who are actively trying not to get pregnant. Imagine the feeling of panic that precedes a doctor’s appointment, only to eventually learn that you have stressed yourself for nothing.

This is called a false-positive pregnancy. How does this happen? We’re here to tell you but first, we have to talk about how a home-pregnancy test works.

How a home pregnancy test works

The essence of a home pregnancy test is to check for the HCG hormone produced during pregnancy. The HCG level doubles every 72 hours through 8 to 11 weeks of pregnancy. Afterwards, it remains consistent before decreasing after delivery.

Home pregnancy tests are designed to detect HCG in urine by triggering a chemical reaction. Two lines indicate pregnancy while one line means you are not pregnant (depending on the brand).

Most home pregnancy tests claim to be about 99% accurate. They are particularly useful because ultrasounds typically can’t detect a pregnancy until week five or six.

However, other elements can mess with the test results and lead to a false positive. We will explain below:

1. Not checking your test kit on time

Please check the results within the time instructed if you take a pregnancy test with line indicators. The urine on the test can evaporate if you wait too long before checking, making it look like you have two lines instead of one.

This is the second most common reason. When a test is past its expiration date, the chemical that detects HCG doesn’t always work as it should, and you are more likely to get a misread.

If you take a home pregnancy test too soon after taking a fertility drug that contains HCG, you could get a false positive.

You might get your period a few days after a positive pregnancy test and assume you had a false-positive result. However, it could be that you were actually pregnant but miscarried very early on. Estimates say it takes four to six weeks for HCG levels to return to normal after a woman suffers a miscarriage.

An ectopic pregnancy happens when a fertilized egg ends up growing outside the uterus—usually in a fallopian tube—instead of inside the uterus. This can also happen in other reproductive areas like the ovary or cervix. If you get a positive pregnancy test, the best thing to do is to consult your doctor so he/she can perform a blood test to clear up any potential pregnancy test errors.

A home pregnancy test is more like a pre-screening test so a blood test is what can confirm you are pregnant. If you get a negative pregnancy test, it’s important to note that a false negative is also possible. It is recommended to take another pregnancy test two days after the first one to double-check.